Why Did lucifer Fall? .. By Nina Keegan

WHY DID LUCIFER FALL?
The answer to that ... Nobody knows exactly.. Was there an altercation? Did he start a fight he could never win? I guess we could all imagine for a moment..
lucifer was beautiful, anointed and had the keys to the enormity of all blessings and favor of Heaven at His fingertips...
How and why did something change so audaciously in Him.. How was his heart so hardened to the things of God.. The One he had long worshipped and praised..?
A desire for self recognition, perhaps a pride and arrogance won in the battle of his mind and he decided to become his own God.. He desired praise, he longed to be worshipped..
So with that.. And I imagine quite swiftly .. He was banished from Heaven.. Hurled out of the Kingdom and Firever banished from eternal blessings.. leaving all wisdom, peace, joy, favor, and love behind.
He tumbled( imagine the feeling of free falling at lightening speed into the deep abyss) and he took with him 1/3 of the angels..( Now demons) to wreak havoc on all man kind...
There was no do-over. No let's rethink this...
He made his choice.. DONE!
Scary to think what choices we may want to rethink.. We never know the day in which we will be called home. Judgement day..when we will give an account for all of our decisions, and for our sins.
Now because of lucifer.. (satan's) choice... We too are left with choices and pathways of good or evil ... They seem to line up presenting themselves incessantly for our choosing.
We continually need Gods wisdom to decipher His voice, his plan, his purpose for us and our destinies in Him.
There is evil in this world.. It's everywhere .. People are hurt, suffering, in despair.. living in all types of trauma and tragedy.. The heaviness of it all can most assuredly plague us, burden us and cover us in anxiety and fear..
The warfare we must fight and contend with will ultimately serve a purpose as to who we are in Christ .. We have authority over all evil through the blood of Jesus and His finished work on the cross..
we are ultimately so much greater with He who is in us than who has been unleashed to spread evil in the World...
God!! God.... He's so much bigger.. He's so capable and His Palms are are steadfastly carrying us.. Plucking us out of harms way and setting us so lovingly back on to His glorious path..
No matter what it looks like,
What the enemy means for harm will only cause our promotion..
He has to repay us for all he has stolen.. even for days we have spent in sorrow will we reap a multitude of days steeped in unbridled Joy!!
Declare victory..
Remember who had the authority to kick who out of Heaven..
God won then . God wins now!!
Receive your victory in Him!!
Isaiah 14:12-17
12 “How you are fallen from heaven,
O Lucifer,[a] son of the morning!
How you are cut down to the ground,
You who weakened the nations!
13 For you have said in your heart:
‘I will ascend into heaven,
I will exalt my throne above the stars of God;
I will also sit on the mount of the congregation
On the farthest sides of the north;
14 I will ascend above the heights of the clouds,
I will be like the Most High.’
15 Yet you shall be brought down to Sheol,
To the lowest depths of the Pit.
16 “Those who see you will gaze at you,
And consider you, saying:
‘Is this the man who made the earth tremble,
Who shook kingdoms,
17 Who made the world as a wilderness
And destroyed its cities,
Who did not open the house of his prisoners?’ 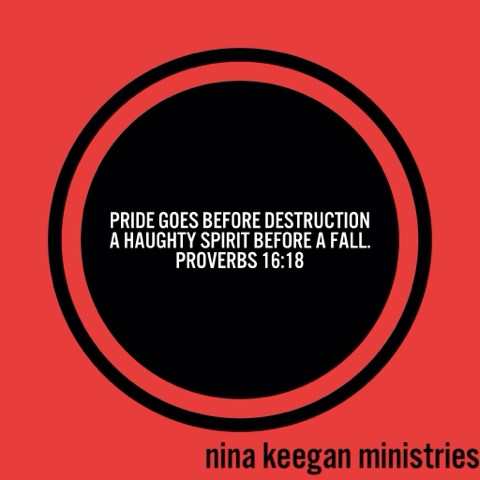